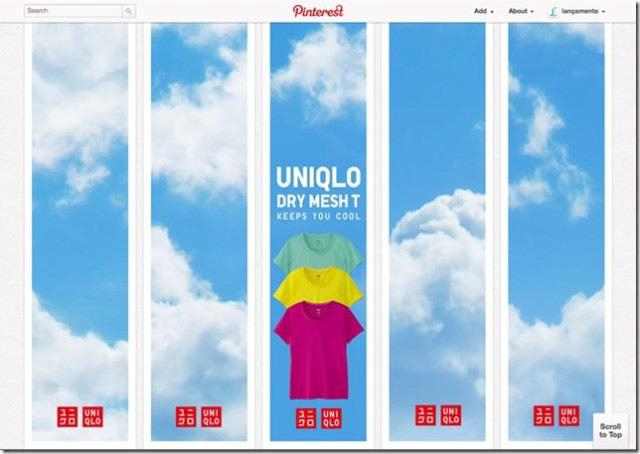 Pinterest is a place where visuals dominate, however, most people quickly scroll through their feed and barely register the actual images they see. To introduce themselves to the American audience, Japanese fashion brand Uniqlo gamed the Pinterest algorithm to create stunning mosaics that were comprised of multiple Pinterest posts. As people mindlessly scrolled through their Pinterest feed, they saw a large picture that filled the screen and appeared to move as they scrolled further.

The mosaics were covered by 64 media outlets and a large number of blogs, generating over 55 million media impressions and more than 6 million mentions on Twitter.