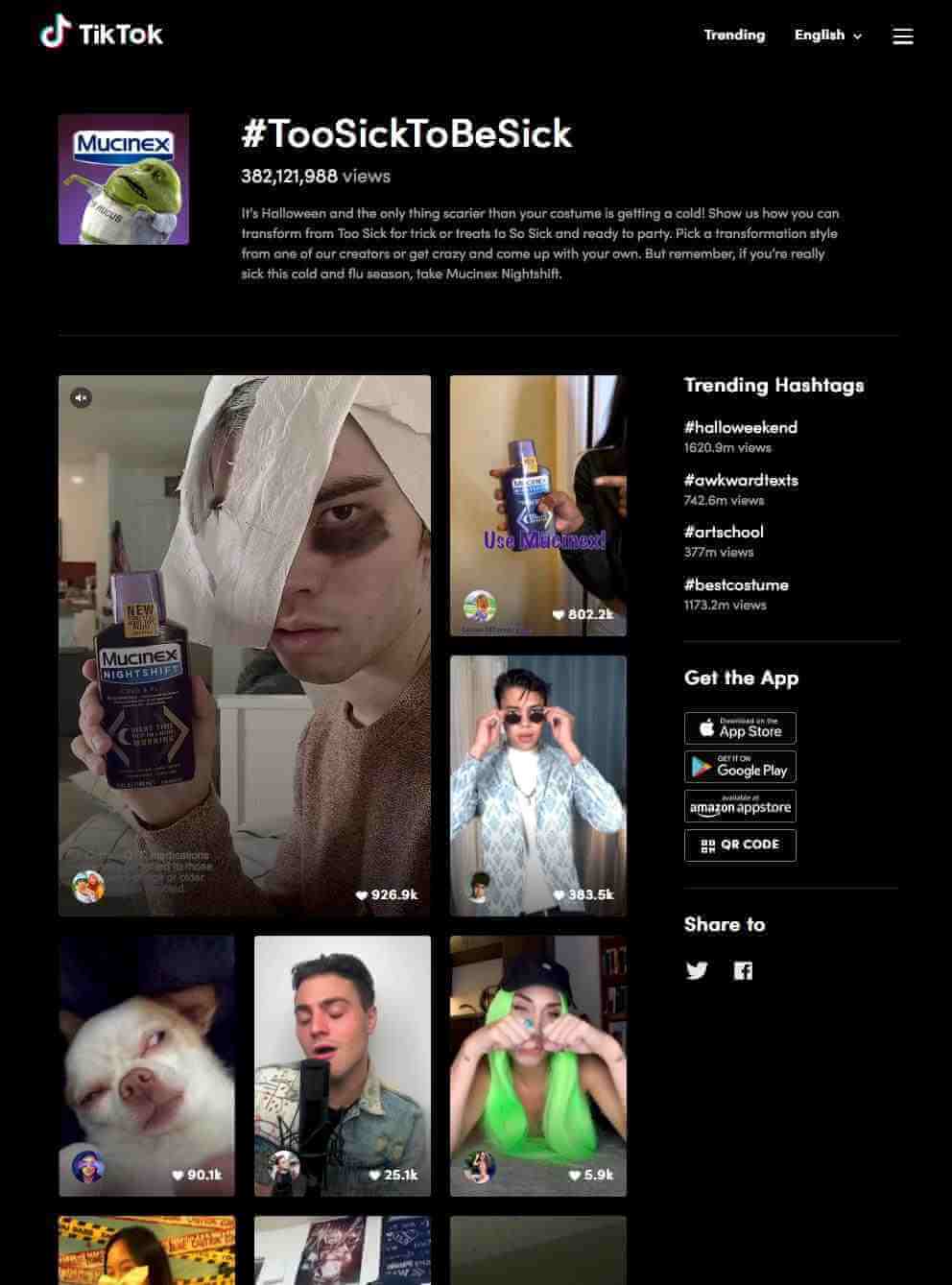 To introduce the release of its new over-the-counter Mucinex Nightshift Cold & Flu medicine the brand launched a full-court-press, multi-media channel campaign to get the word out. The brand worked with TikTok and other social media platforms during the Halloween season to create the #TooSickToBeSick challenge, in which users were encouraged to share how they transformed from “Too Sick,”— groggy, bundled up, and zombified—to “So Sick”—sleek, glammed out, and Halloween-party ready—thanks to Mucinex.

TikTok users were given a prompt by four slick, professionally made influencer videos, which spurred 192,848 user videos, which led to more than 400 million video views.