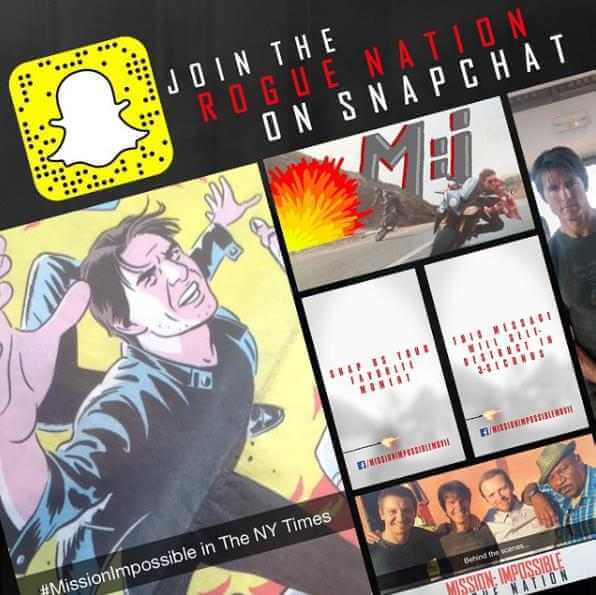 To create buzz for the release of “Mission Impossible— Rogue Nation,” Paramount Pictures developed a campaign featuring “self-destructing missions” on Snapchat interweaving elements of the film with the platform’s features. Leading up to the release, fans were presented with Snapchat self-destructing messages that detailed missions that had to be completed within 24 hours. Paramount showcased the most creative mission solvers among all social media platforms and the campaign earned 65 million total social media impressions.