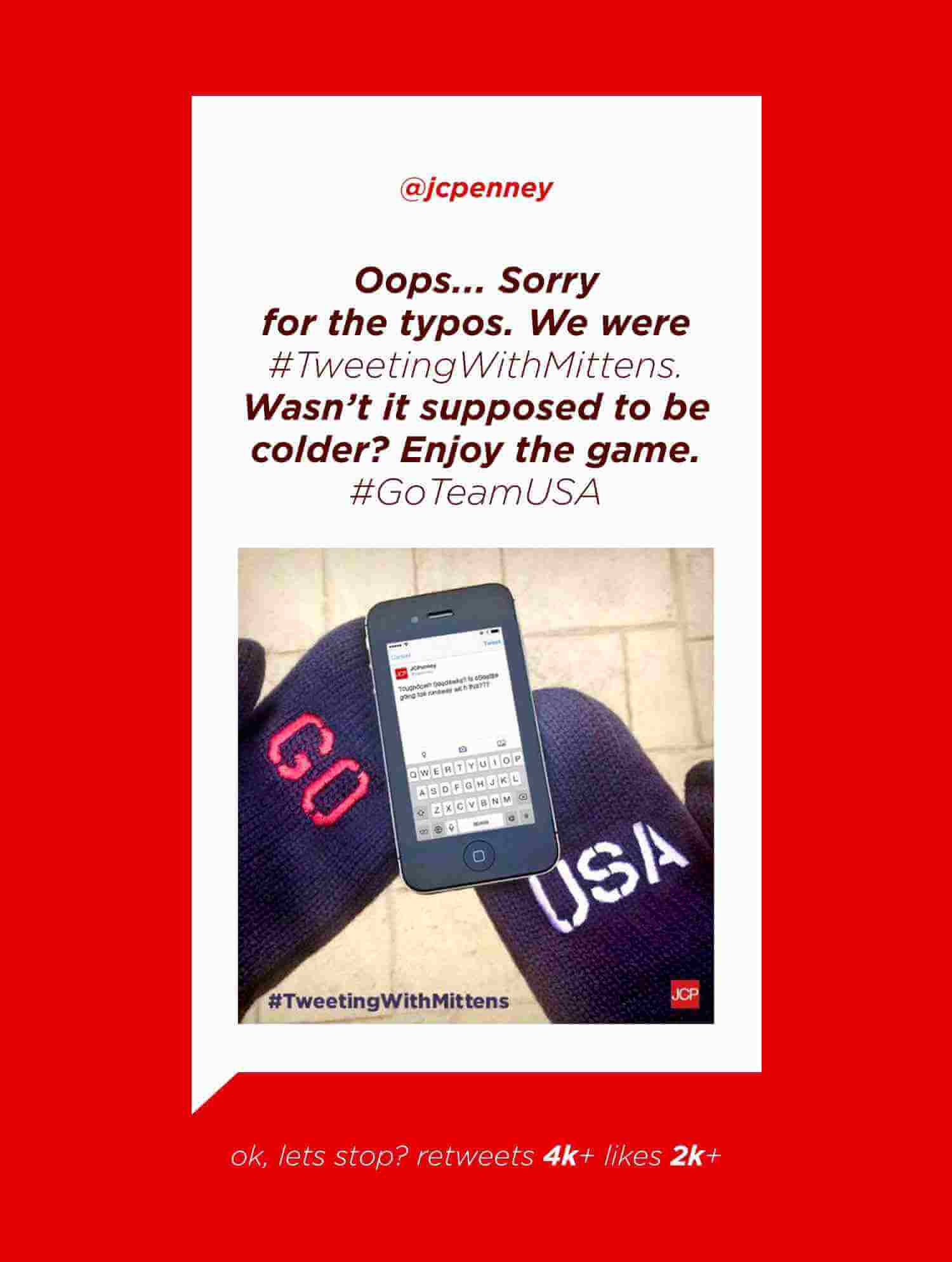 JCPenney scored an accidental touchdown during the Super Bowl with a campaign launched with two muddled tweets that went viral. As the miss-spelled tweets started getting retweeted at a rate of 50 per minute, Twitter users speculated that the brand had been hacked or that their social media manager was drunk. Other brands also joined in on the tweet storm, and the company revealed their intent, hashtag #TweetingWithMittens, with an image of trying to tweet while wearing JCPenny sponsored USA Olympic Team mittens.