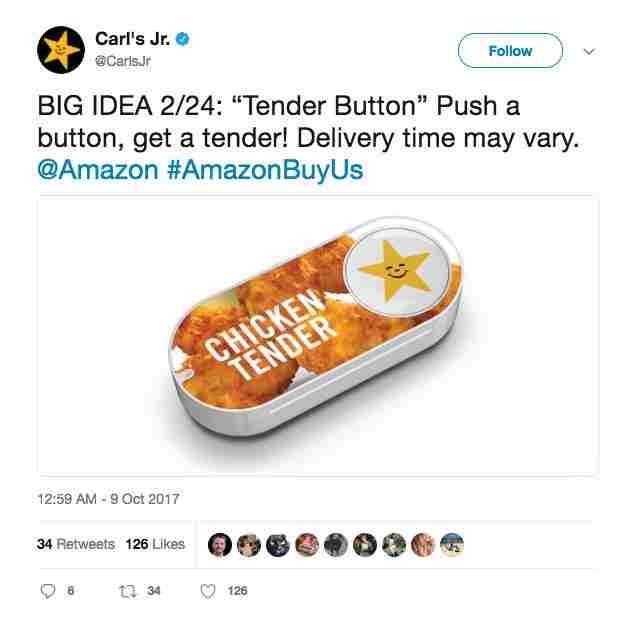 When a smaller company makes a deal with the world’s largest e-commerce company, Amazon, they typically boost their prestige and revenues.

While not actually looking for a partnership or to be acquired by Amazon, fast food company Carl’s Jr took to Twitter to get the behemoth retailer’s attention, with a new “billion dollar” idea tweeted to the company every hour for 24 hours straight. While Amazon didn’t bite on the outlandish ideas, including a self-driving restaurant, cloud-based restaurant, and express-drive-through lane for Amazon Prime customers, the satirical tweet storm did generate plenty of attention and online buzz for the Carl Jr’s brand.