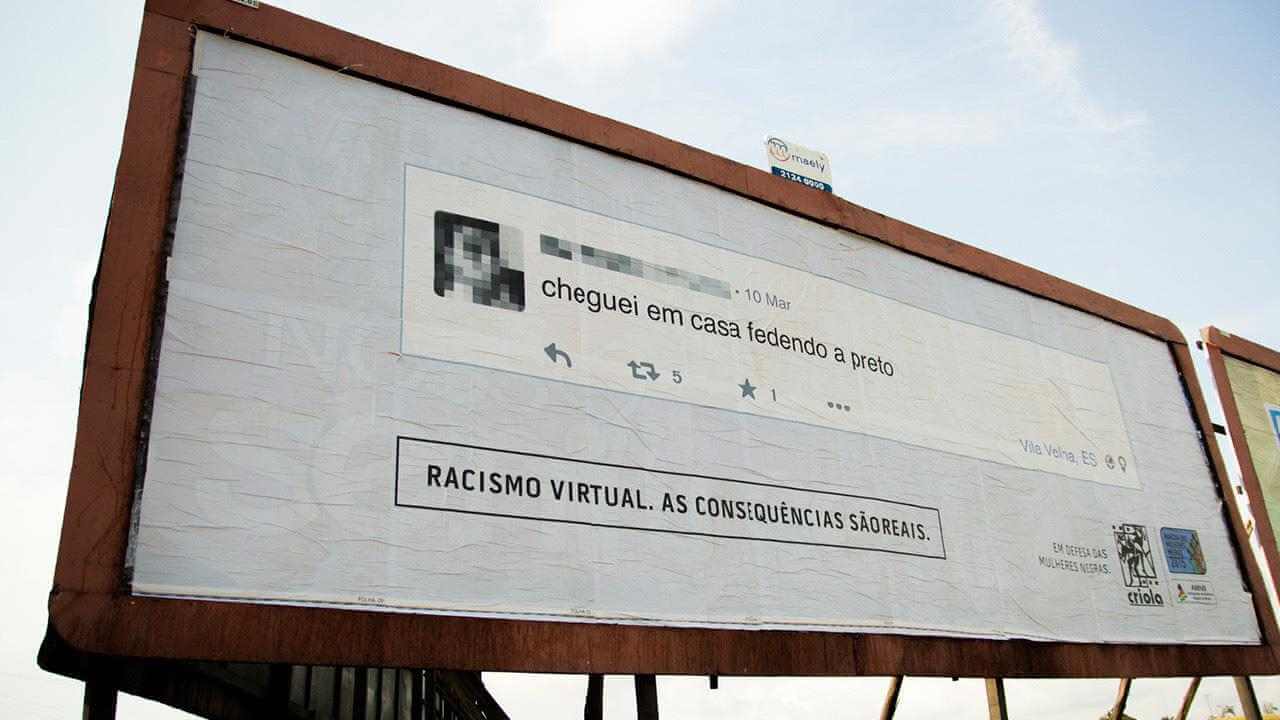 Racism and cyberbullying is a big problem in Brazil, so civil-rights organization Criola decided to show cyberbullies that their own insulting words on Twitter and other social media can be used against them. After black female weather reporter Maria Julia Coutinho became the target of racist tweets and online bullying, Criola bought localized digital ads and billboards in the neighborhoods from which the tweets originated and displayed the insulting tweets so that the community could judge the perpetrator.

With the writers of bullying tweets coming face-to-face with their own words, Criola found that 83% of cyberbullies delete their accounts. The buzz created by the campaign reached over 152 countries and generated 48 million in earned media from 4.39 billion social impressions.