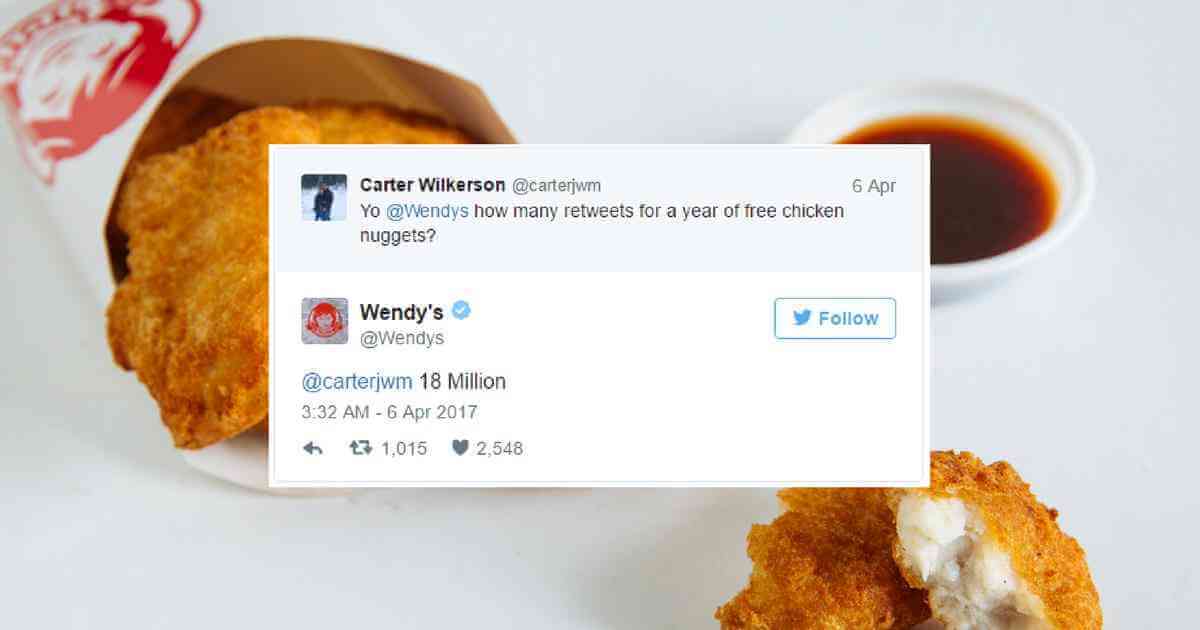 Wendy’s may not be the top-selling fast-food chain in America, but it is certainly tops in Twitter followers. The brand become adept at humorously responding to followers and hashtag mentions, and in trolling its competitors, but the brand’s Twitter presence got a big boost when the company told follower @carterjwm that he would need 18 million retweets in order to get a year of free chicken nuggets.

It didn’t take long for Carter’s initiative to be picked up by the media and social media influencers, and the original one-man campaign ended up earning the brand 2.5 billion impressions. While Carter did not reach 18 million retweets, he did set the record for retweets, and Wendy’s gave him the nuggets.