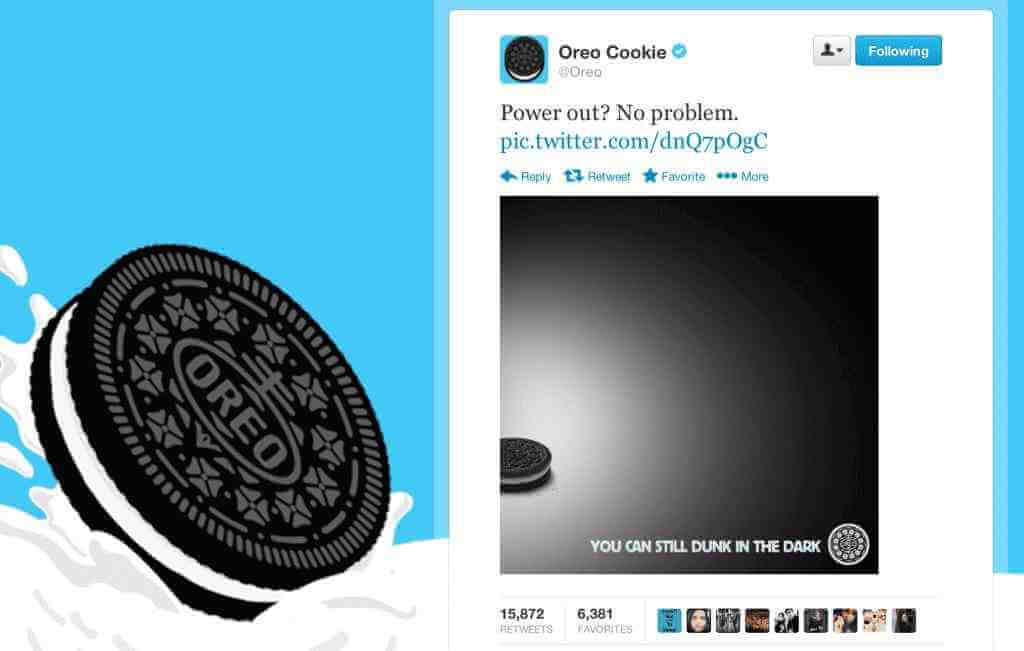 As the biggest pop culture event of the year, the Super Bowl offers massive marketing exposure, and Oreo took advantage of Twitter to market itself in real time during the event when the power went out. While the power outage confused the normal order of the Super Bowl spectacle, Oreo developed a Twitter campaign in minutes that captured the attention of the millions who had turned to social media to see what was going on.

The simple tweet—“You can still dunk in the dark”—with an appropriate Oreo image, was retweeted 10,000 times within an hour and led to 525 million earned media impressions.