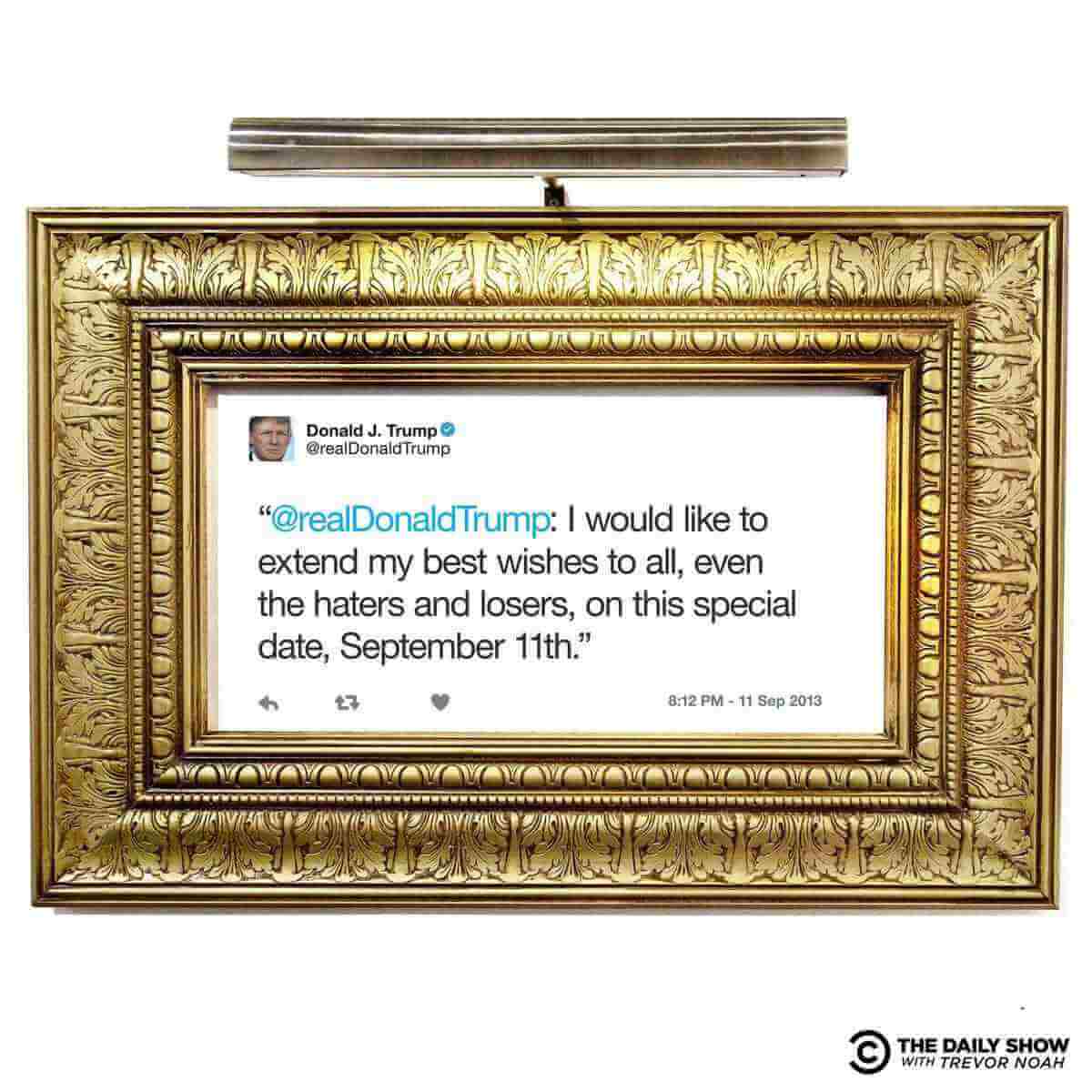 As a “magnum opus” to President Donald Trump’s greatest works of art —his tweets—the Daily Show created travelling, pop-up exhibits of the president’s tweets. The pop-up museum proved so popular that the effort was expanded to create a virtual museum that can be accessed online.