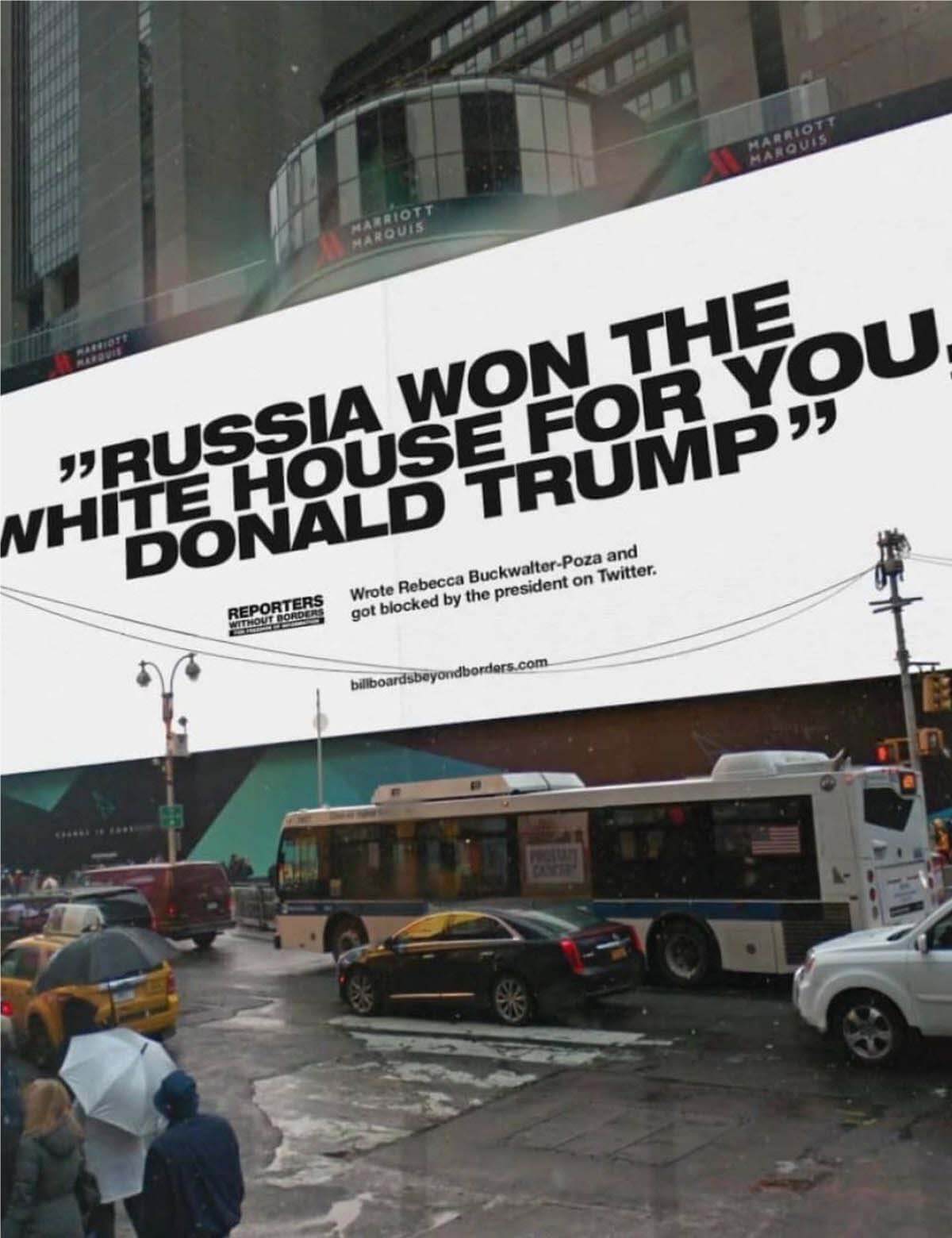 Reporters without Borders – Billboards Beyond Borders

Billboards Beyond Borders took advantage of a Google Maps loophole to create a guerrilla campaign visible only Google Street View. They imposed bold, conspicuous quotes by censored and threatened journalists over existing billboards, and uploaded the photos into Street View in regions where freedom of speech is suppressed. Google took down the campaign within 72 hours on the grounds of policy violation, but not before the campaign reached its desired audience.